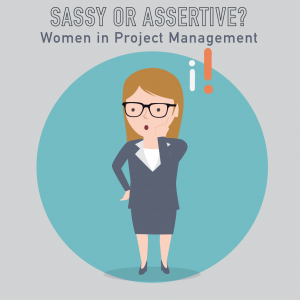 There is enough to deal with in project management without gender issues making it even tougher. So, today we openly talk about challenges women can face in the workplace. Rather than hit you with a bunch of statistics (which are also important), Kate will share some real-life examples of challenges she’s faced, and we talk openly about ways to address them. Guys, you should listen – you might be surprised what kind of challenges women have to deal with sometimes.

JOIN TODAY, AND GET IMMEDIATE ACCESS TO TAKE THE QUIZ!

Members get unlimited access to take the quizzes for our podcasts. Not only, that, but you also get a certificate, we’ll upload your PDU’s to PMI, and you get lots of other great benefits – click here for details on becoming a member.

JOIN US FOR HAPPY HOUR!

Come by and say “hey!” in our PM Happy Hour FB Page at https://www.facebook.com/pmhappyhour/

To make the conversation light while making sure that we’re acknowledging differences, Kim and Kate decide to use a Q&A format for this episode. Even though they feel that statistics are important on this topic, they won’t be sharing them today as it may sound like a nightmare to listen to.

Has anyone ever insisted they receive a hug from you in order to do business with you? [9:18]

Kate had an experience with an old coworker who used to spend his afternoons screaming at her for asking to complete his time sheets. There was one time when she saw him at her new job where she told him not to hug her or touch her, but he touched her anyway. She still shudders thinking about it, especially considering he won’t hug a man like that.

Kate got used to being called sassy or feisty when she got a meeting back on track or if she was being stern and direct, and it makes her feel insane to be called these terms.

Kim finds it okay to say sorry or apologize if he knows what he’s going to ask is going to suck for the team. This is to demonstrate that he knows it’s going to suck, i.e. “I’m sorry guys, I know it’s going to stink, but we are working late on Friday because we cannot start the changes until after 6 pm.”

Kate, on the other hand, has to remove the word ‘sorry’ from her language.  She was pretty brash when she was starting her career, and not as compassionate as she is now. She also had a little too much self-importance about her own tasks in relation to the work the rest of the company was doing. Hence, she’s always being told to smile more or to use smiley faces on her email.

To look or to sound nice is difficult to balance, even gender aside. PM’s can have aggressive personalities, and often have to make very direct statements. These are tough to present in even the best of circumstances, but when the scene is more sensitive, whether it be due to gender or culture, it’s easy to go wrong.

Kim never had an experience being told with this statement. Kate, however, received a response on one of her emails saying “I don’t like your tone, I don’t think this is going to work” as a response to her stern, direct, and fact-based email.

Have you ever wondered “Would they take me more seriously in a dress or a suit?”  and then later thought “Ugh I should have gone with the pants”? [18:06]

Kim admitted having fretted on which one to wear to build a good impression. But he has never gotten dressed while making a mental note of who is going to be at the meeting simply to ensure that co-employees will make eye contact.

This has been a dilemma for some women- they had to spend time thinking about what they need to wear just so they could get the attention they need while running a meeting.

There are some instances when Kim will intentionally plant ideas in his sponsors or client’s head so things could get done. Though for him, when a project fails, the standard operating procedure is taking appropriate responsibility. When it succeeds, accolades are given to the team- people on the project team will know what you contributed.

Kate, on the other hand, has had several experiences where someone took credit for her ideas. This often times made her wonder if she’s getting this kind of treatment because she’s a woman, or if she’s just working with a jerk. Unsurprisingly, there are other women who got the same treatment at their workplace.

Have you ever felt required to do emotional work for a coworker? [25:08]

Emotional work is the work that you do to make space for someone to have feelings. Unsurprisingly, it is women who are given a lot of emotional work.

Kate once had a coworker who was notoriously bad to work with. Everyone disliked working with this guy, because he was known to vent out about work, home life, etc. for 15 minutes when asked to get something done. Although Kate agrees that it is good to make personal relationships with people, she does not agree that everyone should feel obligated to listen to this man to get the job done.

Kim thought that it is generally easier for men to talk to women about emotional kind of stuff. Typically, when another guy shares his story about going through a divorce, a man will just acknowledge it and get back to work. This is a problem because it doesn’t belong in the workplace, even if it is easier. Hence, you shouldn’t be putting anyone in a position where they have to deal with that.

To Kim, a leader should be trustworthy, loyal, respectful, decisive, considerate of their team.

Unfortunately, Kate didn’t see a lot of these traits in leaders at the organizations she’s been at. The leaders she worked with could be characterized by their charisma, tendency to take up space, funniness, or are ‘in the boys club.’ It can be disheartening when the group of people making inappropriate male jokes are also the same people in charge of promoting you- especially when their history includes only promoting themselves.

For our female listeners out there- what do you suggest? It’s not fair that it’s put on you – it’s on others to act respectfully.

It’s on folks to own up to their own responsibilities in the workplace, but when it does happen, it’s tough. If you want to say “It’s inappropriate to refer to me as sassy, do not do that again” – you should consider the context, because if you’re not empowered, you can be mocked for stating something like that.

It’s good to understand how things we can say or do can have an impact on our colleagues, whether we mean to or not. So, the first step: believe that some, if not all, of the things that Kate shared is or has been experienced by some of your female co-workers, and believe them when they say that they have or are experiencing some form of sexism.

If you are a project manager and you suspect that gender issues are happening in your team, the easiest next action is to call HR.  The thing about how the workplace is today is that it’s unlikely that your coworkers are outright being awful to women they work with. It’s more likely that it’s these little things that are coming up, whether it be exclusionary jokes or women not valued as much as men in business from some weird expectations we have. These are the things that have to be addressed. So, if you want to help your lady coworker get promoted, put in official recommendations for her, write it down, submit her for awards. Meanwhile, men need to have conversations about what we value, and if those values should be limited based on gender.

You may be in trouble if…

A couple principles for success